The Paparazzi are after Me 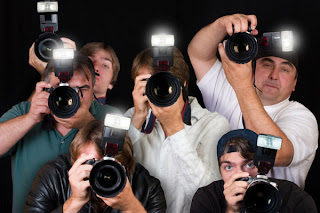 Walking my way down the stairs, I start hearing them describing me by the color of my shirt, by my accessories, by the things I bring and some, by the street where I live.

In chorus, they would say:
“Ateng, nakaputi, sakay na kita!”

Others would try to be impressive:
“Ateng Abucay, dito ka na!”

These drivers could easily become my stalkers.

But as I have decided to walk more often, I now often have to say “no” to these paparazzi, and not in a verbal way. Lindsay Lohan is not the only one who could rush her way out of a crowd in a nonchalant manner. I have to do the same. Without looking at anyone’s eyes, I say no by shaking my head and walk out of there as soon as possible.

It’s okay. They may know where I live but they know nothing about my life.
Posted by Jill at 2:10 AM